Okay, so that was a thing… 2020 really threw us in for a loop. The COVID-19 pandemic quickly spread across the globe, causing devastation and turmoil. The US presedential election in November was a close race, keeping me on the edge of my seat; that is, if the contiuous claims of “election fraud” weren’t enough (like, really: election fraud? I guess that means I’m a fraud then…). There are other things I could add to this introduction to demonstrate how bad 2020 was, but I think 2020 speaks for itself.

As much as I’d like to say that I was unaffected by everything this year and then feel guilty afterwards for boasting it on this blog, that’d be a flat-out lie, and I’m not okay with that. 2020 threw some twists and turns at me as I try to keep going with the goals I had in mind for this year on top of schoolwork, providing additional stress. With that said, let’s assess this year’s goals and see how things went. 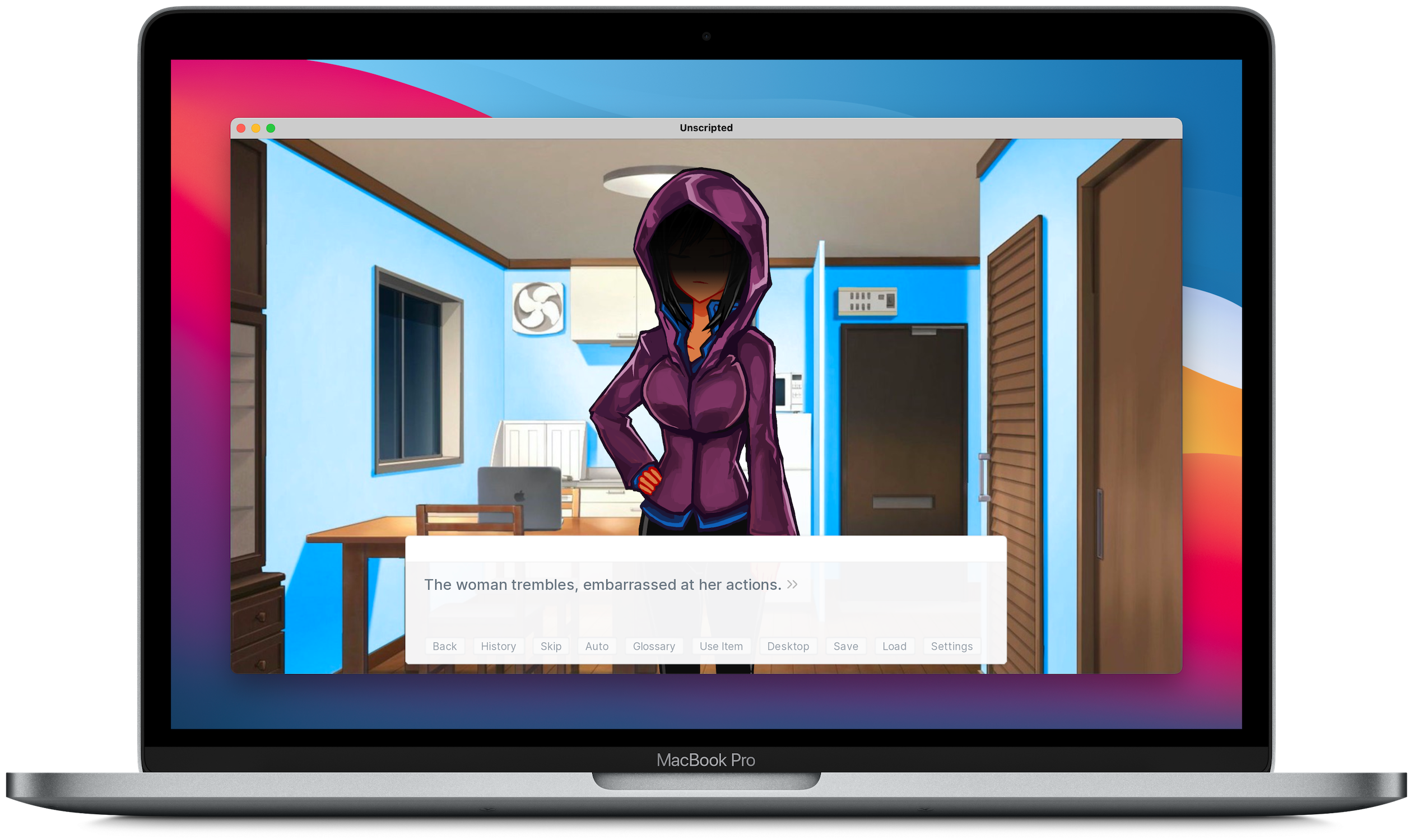 Finishing Unscripted, the visual novel about software development, was definitely a big goal and I was very lenient when I wrote that goal. Initially, I anticipated that I would probably not finish the game until 2021 and decided to say “more or less”; for the first half of 2020, that’s how I felt about the project as I slowly worked on it, even as the COVID-19 pandemic started going rampant in March. The pace for the game started to change by the time April/May came around. At that point, I had less work to worry about and was able to work on the game more. In that time, I launched a playtesting program so that I could get feedback from players as I kept building the game. Thanks to the program, I was able to find more bugs and resolve them more quickly, ensuring that the game got the polish it needed. This helped a lot as I continued to work on the game throughout the summer while having a part-time summer job.

I did slow down quite a bit when I arrived in Georgia for the fall semester (since the campus closed and changed plans for a safe return), and I dedicated a little less time on the project as I began working on more schoolwork, most notably The Costumemaster. Luckily, this was also around the time where I began working with other people like Marek Domagała to make a unique soundtrack for the game while I planned out the plot for the final chapters of the game. When the semester ended, I went all in and focused as much as I could on finishing and polishing Unscripted. A couple of weeks into December, I finally it the “Release” button on all of the available storefronts I put Unscripted up on, releasing the game to the world on December 17, 2020.

There were so many things with Unscripted that were, well, unscripted, that I didn’t really anticipate. Nonetheless, I’m glad they happened, allowing me to make my first full-fledged commercial indie game1 for Windows, macOS, and Linux.

I recommend taking a look at the game and giving it a go if you have the chance.

Just before spring break, I launched the public beta version of Gopherdon and updated desktop apps, making it clear to everyone in the Goucher community that it was available and ready for use. I also had assembled a moderation team dedicated to helping ensure Gopherdon remains the safe, free, and optimal experience for the GOucher community that I want it to be. Although the launch was successful and word started to spread, the Gopherdon trend took a nosedive when the COVID-19 pandemic happened, completely disrupting and changing the college experience. In theory, Gopherdon should have been thriving since we were moving to online learning, and Gopherdon doesn’t require students to be on campus; in reality, it reached some popularity, but not enough for continuous engagement. We lost opportunities to market Gopherdon to the community in an effective manner, and making posts through existing apps like the GopherApp proved somewhat ineffective. The moderation team and I kept persisting, hosting trivia night events and holding meetings to determine how to keep Gopherdon relevant during this time; however, with the additional stress from quarantine life on top of schoolwork, it proved to be rather difficult.

I haven’t shut down Gopherdon, and I plan on moving forward with it. I’m hoping with our safe return this spring semester, we can keep working on making Gopherdon popular and relevant. 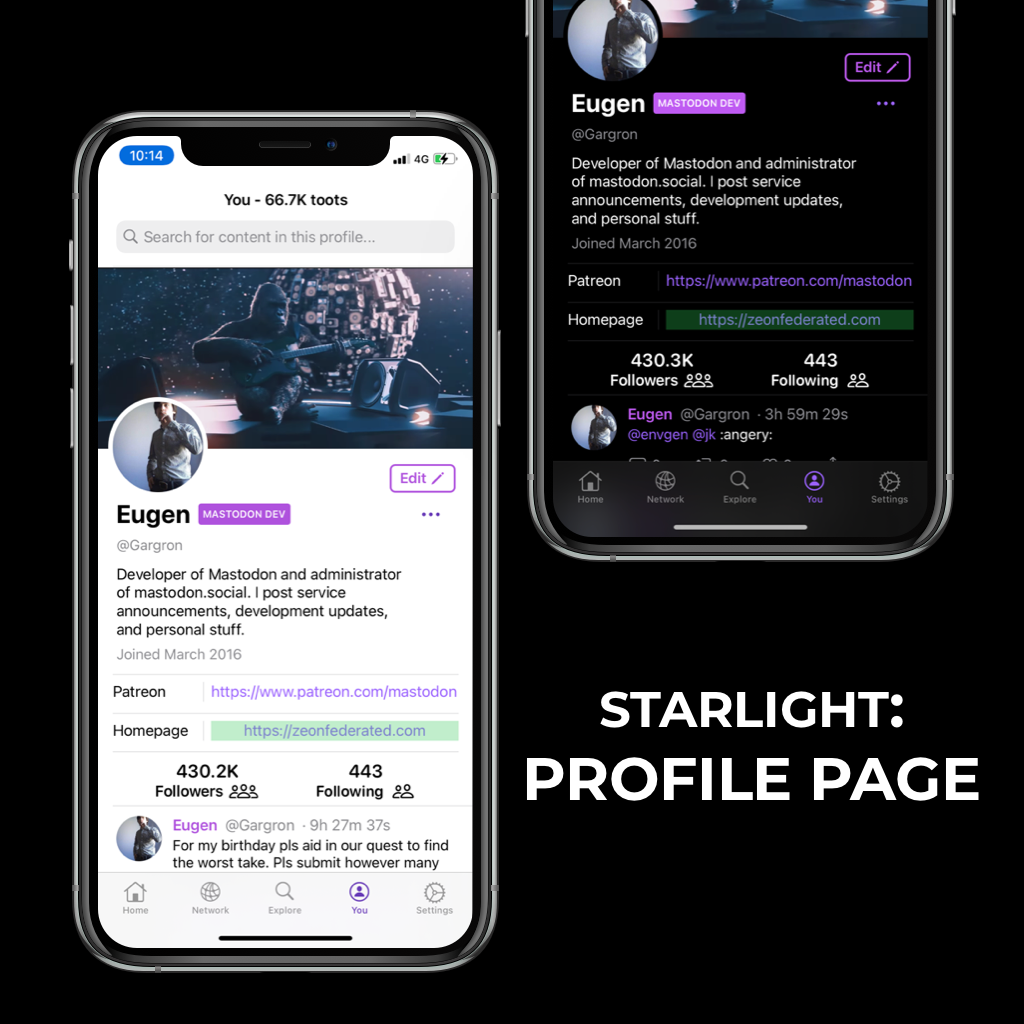 Despite COVID-19, the Hyperspace project continued on, and we were able to make some releases for the desktop client with new features such as a masonry layout and Activity page. In the summer, after WWDC 2020, we planned out and began prototyping the iOS/macOS app in SwiftUI, which we now have codenamed “Starlight”. We’re continuing to work on Starlight and are planning some interesting features and “flairs” for the app that make it stand out.

Unfortunately, the desktop client has stalled a bit. We announced in the fall that we’d put the desktop client on hold until we found more members to work on that version while Starlight was going on in the background. We’re still working on assembling the team, but it’s been slow and difficult to do so. I’m hoping that we’ll gain traction in 2021 for this.

Thankfully, I did get even more experience with Python this year. Besides working on Unscripted, I attended a course on machine learning, which utilized Python and libraries like the suspiciously-documented2 Numpy, Pandas, and SciKit-Learn. In that time, I also made some packages that are available on PyPI such as the Ren’Py distribution tool package I made for automated Ren’Py builds for macOS, a changelog file format with a parser, and others. In other areas, I have Python scripts to automate tasks like moving files from a screenshot folder to another location.

I tried to keep myself busy with other projects this year, and I did manage to accomplish a couple of things besides these four major goals I had:

2020 has been a pretty bad year overall, but I’m okay with what I was able to accomplish this year. I look forward to 2021 with more exciting things to come, and I can’t wait to set some new goals! There’s a small list on Ko-fi that you can find, but I plan to expand on it soon.